THE MAN
THE BOOK
PHOTO OF FRANK PEARSON
This site details the colourful life of the notorious bushranger known as 'Captain Starlight'. He, Frank Pearson, is not to be confused with the 'other' Captain Starlight, that is, Henry (Harry) Readford. A brief summary of his life may be found below. A more comprehensive account may be found in my book 'CAPTAIN STARLIGHT: THE STRANGE BUT TRUE STORY OF A BUSHRANGER, IMPOSTOR AND MURDERER', published by Big Sky Publishing in 2015.
Through this site I provide information about Starlight's life and links and references to documents to assist with further research.
You will find 3 separate timelines detailing his activities during 3 periods of his life and the year after his death, namely 1868-1884, 1884-1888 and 1890-1901. A separate page details the life of Patrick Edward Pelly, Starlight's friend and fellow criminal from whom he took his final alias. Information about some of the significant people in Starlight's life may be found here. And on this page, you will find details about William Munnings Arnold, including my theory about his connection with Starlight and his role in the commutation of Starlight's death sentence to life imprisonment.
If you have any questions or have information to share with me I would be pleased to hear from me. Please send me a message here.
THE MAN

Frank Pearson, also known as 'Captain Starlight', was a pathological liar, a serial impostor, a thief, a bushranger, a conman and a killer. Clever and educated enough to pass himself off as a doctor, he was also an artist (see Gallery), a literary man, a stockman and an accountant.

Starlight first came to public attention in 1868. He had been posing as 'Doctor Pearson' in Mooribee, NSW (near Walgett) when he teamed up with a young stockman named Charlie Rutherford, stole some horses and embarked on a bushranging spree. The pair zigzagged around rural New South Wales, travelling as far as the Queensland border and just across it to St George. They conducted a couple of fairly unprofitable armed robberies and stole some horses and soon had the police on their trail. Senior Constable John McCabe of the NSW Police was joined by Constable McManus of the QLD Police in pursuit.

At William Shearer's Inn at Eringonia (now Enngonia) the police stopped for refreshments. It just happened that the bushrangers were camped nearby and had decided to hold up the inn. They arrived just minutes after the policemen and a shoot-out ensued. McCabe took a bullet in the chest. Pearson was also injured in the shoulder and wrist. Pearson and Rutherford fled the scene, putting some distance between themselves and the law as McManus tended to his wounded colleague.

Constable McCabe seemed at first not too badly injured but over the following weeks his condition deteriorated. He died on 1 November 1868.
The bushrangers soon separated and remained at large for months. During this time on the run, Pearson robbed a number of stations using the alias of 'Captain Starlight'. At times he also claimed to be Captain Thunderbolt, another notorious bushranger who w﻿as at large at the time.

On Christmas day of 1868, Pearson was finally captured by Sergeant Andrew Cleary of the Bourke Police. He was found in the Gundabooka Ranges and his condition was pitiful: hungry, desperately thirsty, near naked and covered in bull ant bites. On his arrest he claimed to be 'Rutherford, Thunderbolt's mate' but soon admitted to being named Frank Pearson and claimed that he was a doctor.

Pearson was tried at Bathurst and sentenced to hang. Incredibly, his sentence was commuted at the last minute to life imprisonment with the first three years in leg irons. It was extremely unusual for a man who had killed a policeman to escape the noose. Much had been made at the trial of Pearson's unnamed 'good' family and his superior education, and the turn of events led to speculation that his reprieve was due influential connections.

Pearson spent the first part of his sentence, as was customary, in a solitary cell at Berrima. Then he was removed to Parramatta Gaol, where he made an unsuccessful suicide attempt. He appeared to be suffering deep depression but was suspected of malingering and subjected to the barbaric practice of Galvanism. Eventually the authorities accepted that he was insane and sent him to the Parramatta Lunatic Asylum, where his depression continued. He raved about being visited by McCabe's ghost and apparently suffered deep pangs of remorse. He attempted suicide unsuccessfully again and was known to be an aggressive bully. In time he was deemed cured and returned briefly to Parramatta Gaol before being moved - on his request - to Darlinghurst Gaol. Here Pearson would serve the remainder of his sentence.

In gaol Pearson was able to exercise his talent for art. He made many paintings and drawings and, with another prisoner Henry Bertrand - the 'Demon Dentist' - he was engaged on the creation of stained glass windows that still adorn the chapel today. In time Pearson came to the attention of the Catholic Priest, Father Garvey. On his admission to Parramatta Gaol, Pearson claimed to be Protestant, but by the time he reached the lunatic asylum he had converted to Catholicism. His intelligence and education equipped him to help the Priest with his books and eventually convince Father Garvey of his rehabilitation.

Pearson was released in April 1884. He made his way north to Queensland, where his behaviour became truly bizarre. He would pose as a stock and station agent and tour around pretending to be interested in buying stock. In this way he would secure free bed and board for days until he would suddenly claim that an urgent business matter would take him away before he could conclude a deal. He was also passing fraudulent cheques and it appears that he was drinking heavily and possibly taking narcotics. During this time he used a string of aliases including Frank Gordon, Dr Lamb, Ernest Lacy, Herbert Meade and Edwin Waller.

The police caught up with him before long and as 'Frank Gordon' he was tried at Rockhampton. The judge was unaware of his criminal past as 'Frank Pearson', although the story had been all over the newspapers for weeks. 'Gordon' was found guilty and sentence to 18 months, which he would serve at St Helena Island in Moreton Bay. There he met and befriended the hapless petty crook Patrick Edward Pelly, from whom he would take his next alias. After his release, 'Gordon' was re-arrested for passing false cheques back in 1886 and in consequence spent another 3 months in the Toowoomba Gaol.

He made his way gradually south, via Yarawa and Tubbo Stations in NSW to Ucolta and McCoy's Wells stations in SA. There he obtained work for some time before falling out with the station managers. By this time he was using the alias 'Major Patrick Francis Pelly' and claiming to be descended from Irish nobility. He arrived in Perth in 1896 and after a period of destitution he secured a job as a draftsman in the mines department. After a time he became a clerk - and later chief clerk and accountant - with the Geological Survey of WA.

On 22 December 1899, while drunk, 'Major Pelly' accidentally swallowed cyanide, mistaking it for his heart medication. He died immediately. The inquest was reported in the newspapers and in time the report reached the 'real' Patrick Pelly (by then a prisoner of Pentridge), whose suspicions were aroused. He wrote to the coroner and an investigation was opened into the identity of the deceased. After a lengthy process it was concluded that the deceased was in fact Pelly's former friend and fellow prisoner, Frank Gordon, aka Frank Pearson and 'Captain Starlight'.
THE BOOK
‘What a phenomenal true crime/who-dunnit!... It's an amazing true story of lies, deception, and surprising twists you won't forget!’
​– Karen Dustman, Goodreads.
‘Captain Starlight: the strange but true story of a bushranger, impostor and murderer, required meticulous research and a desire to dig into the life and times of a man with a mysterious background and a talent for trickery.’
- Jen Gourley, View of the Valleys, August 2021 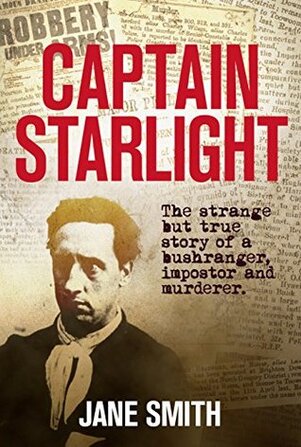 Perth, 1899: a respected public servant mistakes a bottle of cyanide for his heart medicine, swallows it and dies. Months later on the other side of the country, a prisoner of Pentridge Gaol with the same name as the deceased reads of the inquest with alarm. He writes to the coroner with his suspicions: the supposedly upstanding government accountant was an impostor – an ex-con – who had stolen his identity and deceived people at the highest level.

The claims sent the authorities into a spin; who really was the deceased? Was it possible he was the bushranger known as ‘Captain Starlight’ who, thirty years earlier, had callously murdered a policeman and been sentenced to hang? How had he pulled off the subterfuge and what other secrets remained hidden? As the investigation unfolds, the remarkable life and crimes of Captain Starlight, committed across four states of Australia under countless aliases, are revealed.

Author Jane Smith’s meticulous research reveals the stranger than fiction story of a compulsive liar and serial imposter: a doctor, a stockman and an accountant – and a bushranger, forger, con-man and killer. It is a true story of murder and deceit that reveals new information and presents, for the first time, a theory as to the real identity of the bushranger known as ‘Captain Starlight’.
BUY THE BOOK 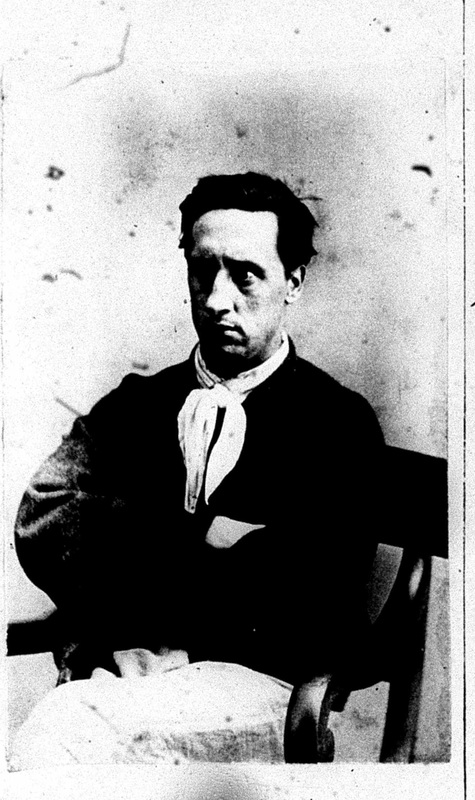