The man from whom "Starlight" stole his identity. Here is his mug shot from Maitland Gaol in 1902.
Image from State Archives of NSW

Captain Starlight met Patrick Edward Pelly when they were both serving sentences in St Helena Gaol in Moreton Bay in 1887/1888. Starlight was under sentence as 'Frank Gordon' at the time. The men found they had much in common - in particular, an interest in literature - and they became firm friends. Pelly saw 'Gordon' as a brother and when his friend asked if he might take his name, Pelly agreed, little knowing that 'Gordon' was in earnest. Pelly also claimed that while in gaol the friends made wills, each naming the other as a beneficiary. When 'Gordon' was released from gaol first, Pelly asked him to take his album of family photographs to his brother, George Kirkaldy Pelly, who Patrick believed was living in Brisbane at the time. 'Gordon' agreed and took the album, though he never delivered it to George. Instead he kept and used it to forge a new identity for himself as 'Major Patrick Francis Pelly'.

Patrick Edward Pelly came from Portumna, in County Galway, Ireland. He was born in about 1858 to parents Michael and Honoria. Patrick came from a large and respectable Roman Catholic family. His father was a collector for the Poor Law; he had an aunt who was a nun and a brother who was a priest. He and his siblings were well educated and Patrick was articulate and intelligent. Patrick claimed to have been a journalist but he was rarely out of gaol for long enough to practise his profession. His letters show quite a flair for language, a strong affection for his family and an active - if troubled - conscience. Patrick claimed to have emigrated to Australia on the 'Eastcroft' in 1878. He was in trouble with the law from his very early days in Australia. Family history suggests that he may have been encouraged to emigrate by his family when his poaching activities at home started getting him into trouble.

Patrick's criminal record is astonishingly long and remarkably unsuccessful. He was a petty crook, engaging in opportunistic petty thefts and frauds, none of which wer﻿e well planned or cleverly executed. He was neither a violent man nor a schemer and he seems to have been quite personable. Certainly he was gregarious. Patrick was well aware of - and troubled by - his faults; his letters are full of regret, shame and loneliness. Patrick's main problem seems to have been alcoholism; many of his crimes were committed while drunk. He never married, and he died alone in the Rookwood Benevolent asylum: a home for destitute old men.
Back to top
﻿TIMELINE﻿ 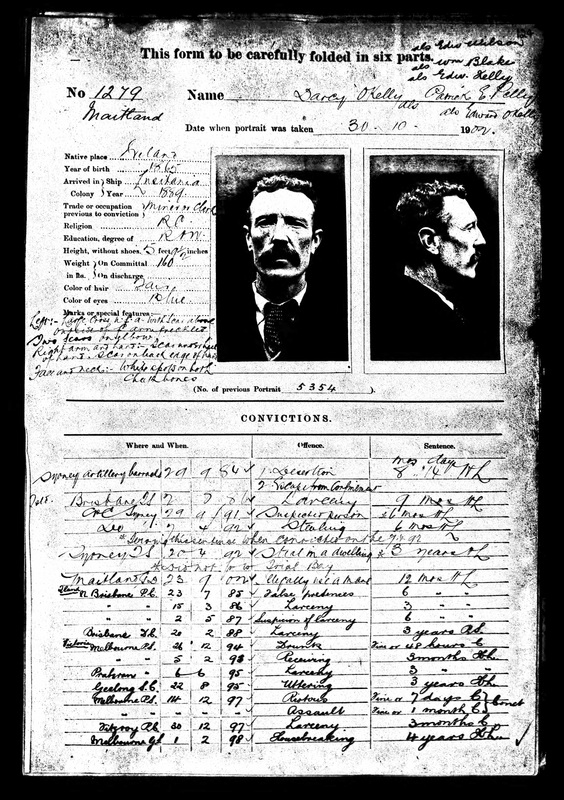 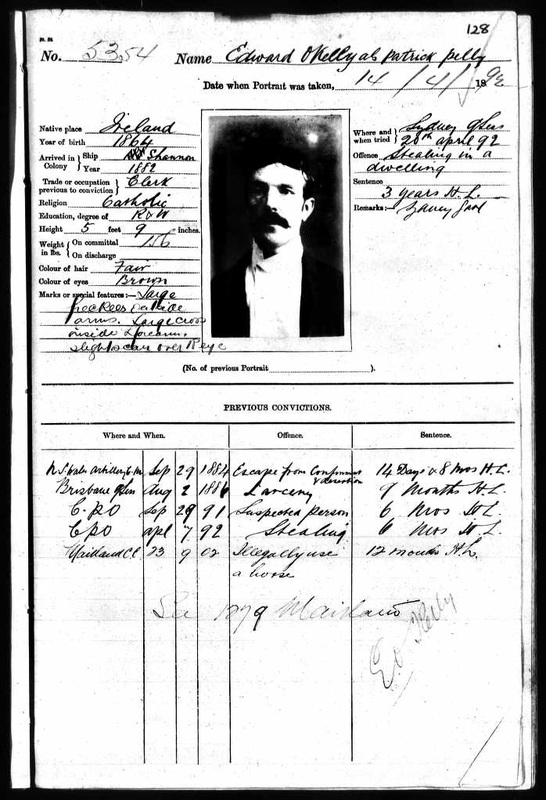 Image courtesy of the NSW State Archives
Back to top
CONTACT